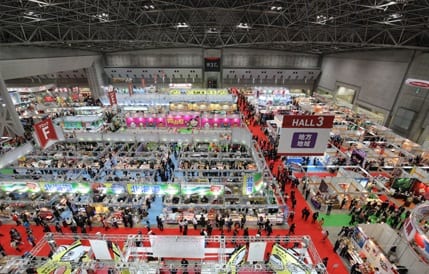 To celebrate the 50th anniversary of the Supermarket Trade Show, four other food industry trade shows will be incorporated into this event – Organic Expo 2016 together with Biofach Japan, Kodawari Food Fair 2016, Delicatessen Trade Show 2016, and Gaisyoku Food Table 2016. These exhibitions will come together in a showcase called “Food Table in Japan.” The theme of this year’s trade show is “Sou Nippon – Creation Japan,” and it aims to celebrate new innovations within the distribution and restaurant industry.