While about a third of the world uses this ancient utensil at mealtimes, the Japanese have their own chopstick heritage and etiquette. 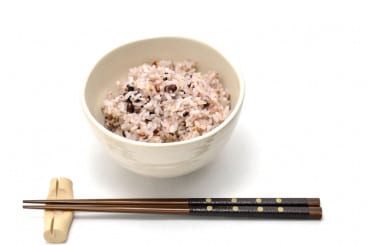 To the ancient Japanese, chopsticks or Ohashi were not merely a tool to eat ordinary meals with. Early Japanese believed that when a pair of chopsticks were offered to a deity alongside food, that deity would inhabit the chopsticks. Should any person use that pair of chopsticks to eat the food offering, it symbolised god and man dining together.

How chopsticks appeared in Japan is still unclear. Some think they meandered their down from China between 500 and 600 AD, while others say, an imperial envoy brought some back to Japan after 600 AD. No matter the tale, the tapered Japanese chopsticks are clearly distinct from their uniformly thick Chinese counterparts.

Japanese chopsticks, which are tapered on both ends, are for ceremonial purposes and reserved for special occasions the new year or for meals before a tea ceremony. Bamboo, wood, and plastic are the most common materials used to make chopsticks in Japan.

Japanese Chopstick Etiquette
To begin with, it is vital to learn how to grip chopsticks correctly to ensure you can pick up food without crossing them. Place the chopsticks between your right thumb and forefinger. Secure the bottom chopstick with your middle and ring fingers. The upper chopstick needs to be between your middle and index fingers. Hold everything in place with your thumb and move only the upper chopstick when you attempt to pick up food.

The biggest taboos in Japanese dining etiqutte include sticking your chopsticks upright into a bowl of rice, and passing food directly from one pair to chopsticks to another. These actions mimic funeral rituals and are considered bad luck.

It is also rude to allow your chopsticks to hover over the serving platter for too long or use them to search for a buried piece of food. Swiftly pick up what you would like and place it on your plate. Of course, it goes without saying that playing or making noise with your chopsticks, licking the ends, and spearing your food are definite no-nos.

If you need to reach for your tea or soup, place your chopsticks down on the rest provided before grabbing what you need. Understandably, it is difficult to prevent sauce or soup from dripping off the ends of the chopstick. Instead of making a mess, place your left hand underneath the piece of food you are carrying to your mouth. When drinking soup such a miso, it is acceptable to stir the soup with your chopsticks and use them to direct the tofu or seaweed into your mouth. However, never fish for ingredients. Finish the soup before picking up the morsels to eat.

If you are using a pair of disposable chopsticks, bring them close to your lap before splitting to avoid hitting anything on the table. Hold the chopsticks horizontally and split them as if you are opening a fan. Try to resist the urge to rub the chopsticks together as that is considered bad table manners.