Get your salt fix

In Japan, salt is used in cooking as well as cultural practices. Let’s take a closer look at the ancient tradition of morijio. 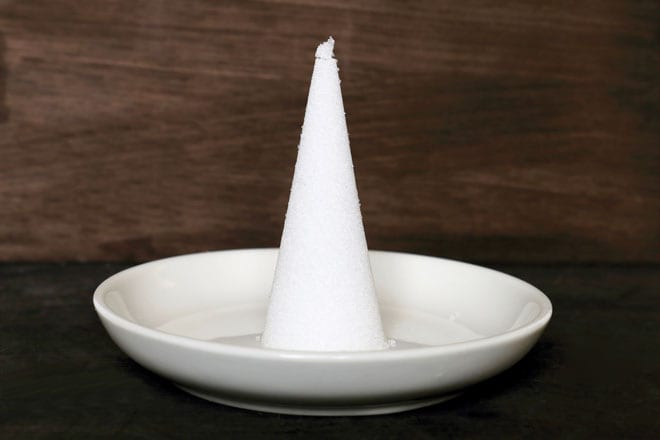 If you’ve ever passed a sushi restaurant in Japan, chances are you’ve seen two pointy piles of salt kept at the sides of the entrance. These small mounds of salt are known as morijio, a compound word for mori, meaning “pile”, and for shio, meaning “salt”.

So what is this custom and why do people practise it? Many high-end restaurants and ryokan in Japan often place morijio outside their establishments for two reasons: to attract customers and to repel bad mojo. (It is not safe for consumption, so please do not eat it!)

The significance of salt
Salt is an important ingredient in Japan and has long been used to disinfect things as well as preserve food. For centuries, the Japanese would create their own salt in a laborious and time-consuming process by extracting salt from seawater. This made salt even more precious, so it was to be expected that the Japanese would use the indispensable ingredient in their rituals and traditions.

Today, salt is used not just for cooking or as a seasoning. Many Japanese people continue to believe that salt is cleansing, purifying and has spiritual power. In Shinto rituals, salt is used as a religious offering or to purify things and ward off evil. This is also why you will also see sumo wrestlers throw salt into the ring to purify it before each match. Even the iconic Sanrio character, Hello Kitty, has gotten in on the act. In July 2018, Sanrio released the Hello Kitty Happy Morijio Set, complete with a small dish, a cap to cover the salt and, of course, a little ribbon, all in pretty pink.

The morijio practice stems from an old Chinese legend, of an emperor in the Heian era with 3,000 concubines, who waited for him in their own houses outside the palace. Each night, the emperor would travel in his oxen cart and choose a concubine. One clever concubine, who knew that oxen like salt, decided to pile salt outside her door. Because the emperor’s ox always went to her door to lick the salt, the emperor ended up spending every night with her.

It later became customary for Japanese businesses and households to place salt outside their doors to attract customers and bring good fortune.

Fresh and pure
The morijio tradition is not just seen at establishments in Japan but in many eateries around the world. The conical mound of salt outside the door may then signify to knowing guests that the place has been purified. Morijio that is replaced every day is also a clue that the place takes pride in cleanliness and purity, signifying that the food is also fresh and authentic.

Many households in Japan continue this custom. You too can try this tradition yourself at home. Heap some natural salt on a small glass or porcelain saucer, and keep it on a kitchen shelf or at the threshold of your home. Replace your morijio with a new batch of salt once or twice a month. You too might find good luck and fortune next!