Ehime Prefecture lies just across the Setonaikai from Hiroshima Prefecture. Despite their proximity, they lie on two different islands—Hiroshima is on Japan’s largest island of Honshu while Ehime is one of the four prefectures that make up the smallest island, Shikoku.

The mikan, a type of orange, is the most prominent agricultural product here. You know you’ve entered the land of mikan when you see images of the orange mascot, Mican, everywhere the moment you arrive.

Tai is another prized ingredient and the fish appears in several delicacies, including tai meshi (sea bream rice) and tai somen, a soup dish with colourful noodles. Goshiki, a restaurant in the capital city of Matsuyama, is famous for both dishes. To enjoy tai somen, first add some dashi to the tai stew, then mix the fish meat with the five-coloured noodles. Dip the noodles in sauce and slurp up that tai goodness.

Ehime is a diverse area, with a cosmopolitan city, coastal and mountainous areas, all located within easy reach. It’s home to the oldest onsen in Japan, Dogo Onsen, which dates back 3,000 years. Its famous three-storey public bath, which served as an inspiration for Aburaya in Studio Ghibli’s Spirited Away, is undergoing repairs, but visitors can access a newer public bath or enjoy the ones provided by a ryokan.

Tobe, a 40-minute drive from Matsuyama, is known for the indigo blue ceramics of tobeyaki. Ozu, a 40-minute train ride from the capital city, boasts a charming old town and a historical villa, while nearby Uchiko has preserved several of its culturally significant buildings. 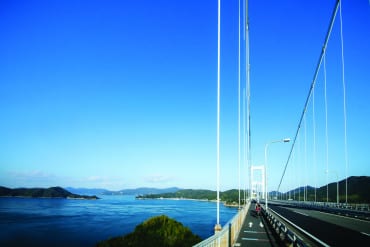 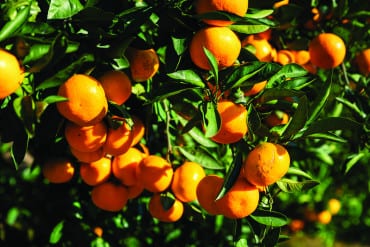 What to eat & see in Ehime 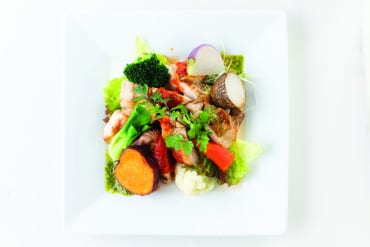 Chef-owner Ryotaro Kohara creates European-influenced dishes using in-season local produce at this Imabari restaurant. He works closely with local producers, so he knows where his ingredients come from. Among his creations are sea bream carpaccio and grilled chicken with tomato basil sauce, served with Japanese yam, kabu turnip and sweet potatoes. 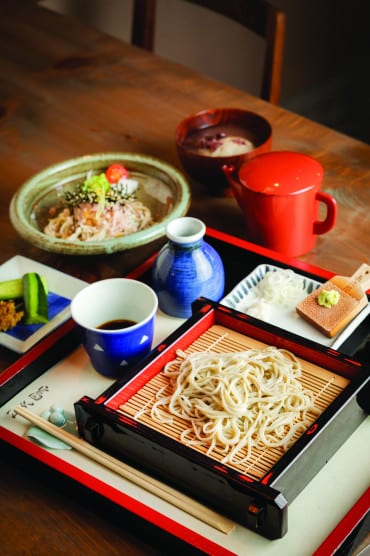 The key to this Michelin-listed eatery’s success lies in the buckwheat soba noodles that 70-year-old owner Yamada Tomio makes by hand daily at the premises in Tobe city. The noodles are served cold and dipped in the soy sauce mixture that Tomio-san created. Order the sobazukushi set, which includes a dessert made of soba dough in red bean paste. 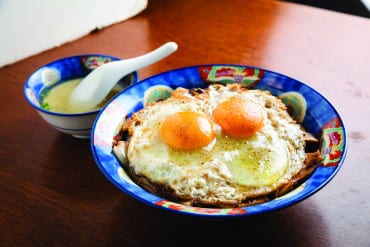 This Chinese-style casual eatery in Imabari is famous for its yakibuta tamago meshi, or roast pork rice. The dish, which came about in 1970 as an employee meal, became popular after it was submitted to a national cooking competition. The moist char siew is the perfect combination of sweet and salty, while the egg adds a creamy texture to the whole dish. 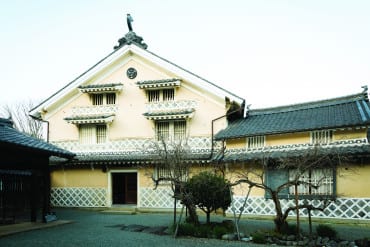 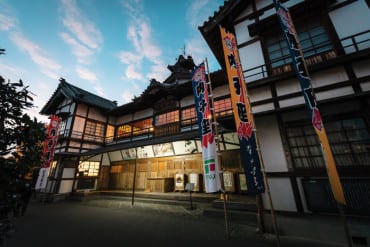 A visit to Uchikocho is not complete without experiencing these “Important Cultural Property of Japan” sites. The Kamihaga Residence, built in 1894, belonged to the Kamihaga family, a leading wax producer in the city. The site houses a museum where you can learn about the wax production process. Japanese wax, or mokuro, is extracted from the berries of the sumac tree. At its peak, Uchiko was responsible for about 30 per cent of Japan’s total wax production.
Another historical site is the Uchiko-za, a traditional kabuki theatre built in 1916. The theatre can seat 650 during a performance and is unique because of the Taiko drum on the roof. The drum is beaten to signal a performance such as Bunraku, which is a form of traditional puppet theatre. 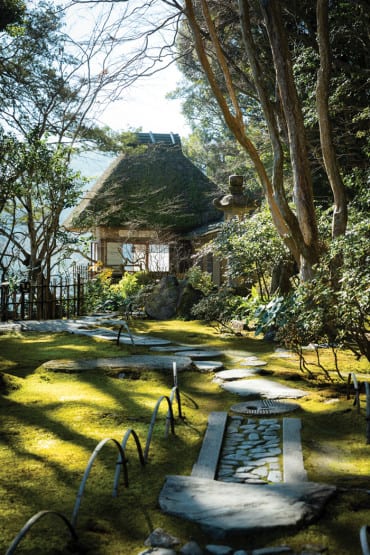 Just a half-hour walk from the train station through the traditional town of Ozu is the Garyu Sanso, a villa overlooking the Hijikawa River. The villa, which was completed in 1907, drew design influences from several imperial palaces. The main building is called Garyu-in, which boasts intricately carved beams and unique door handles. There’s a small tearoom in the garden area and a Sukiya-style tea pavilion called Furo-an, which was built to resemble a boat. The Garyu Sanso was listed in the Michelin Green Guide Japan in 2011 as a one-star attraction. 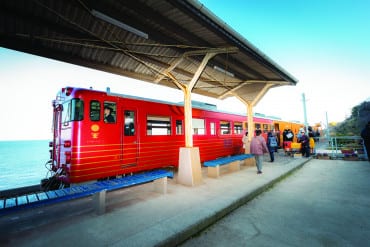 Get to Ozu city in style on this retro-modern train, a service of JR Shikoku, which departs from Matsuyama Station on weekends and holidays. Enjoy spectacular views of the countryside and the Seto Inland Sea, while dining on a sumptuous breakfast. Along the way, local residents will stand at the stations to wave to you, including the station master at Goro, who dresses up in a raccoon costume. The train makes a pit stop at the picturesque Shimonada Station for a requisite photo op.