The most famous site on Miyajima is undoubtedly the Itsukushima Shrine with its striking red O-Torii. Itsukushima, or “island of worship”, has been designated a UNESCO World Heritage Site. It was originally built over 1,400 years ago, although the current structure was built in 1168 by Taira no Kiyomori, who was head of the imperial government at the time. 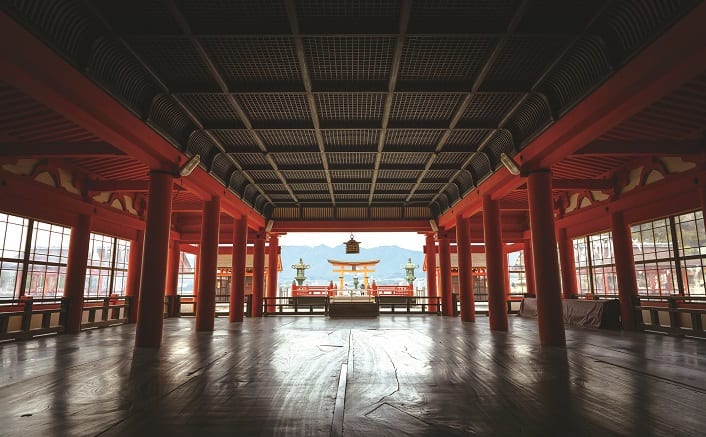 Built on the water, the shrine appears to float on the sea during high tide. As Miyajima is considered to be God’s island, builders weren’t allowed to anchor the 16.6-metre tall gate into the ground, so it’s kept in place by its sheer weight of 60 tonnes. The shrine itself is made up of several buildings that are connected by walkways over the water. They include a prayer hall, a main hall and a Noh theatre stage. The floating Torii gate is scheduled for renovation in June 2019, with works expected to take at least a year. 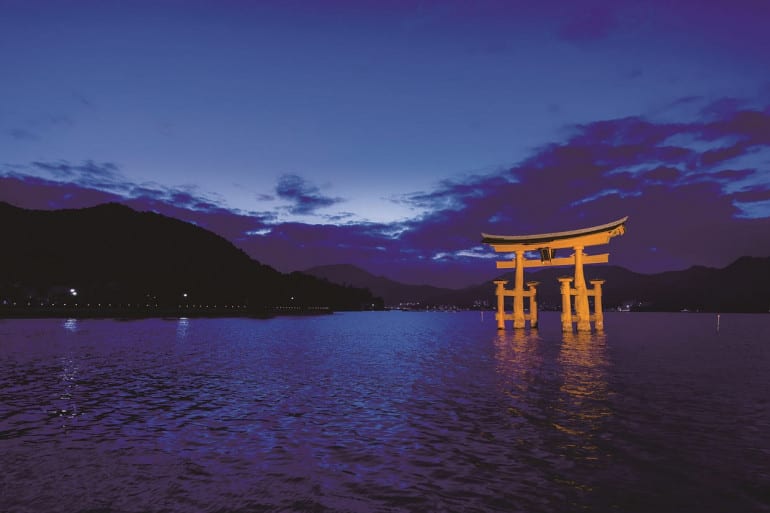 Pick up several packs of beer nuts in flavours such as pepper and oyster sauce. Then fill these glasses — emblazoned with the Miyajima Brewery name — with your favourite beer and enjoy. 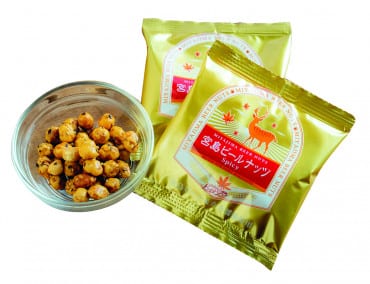 Don’t forget to grab a jar of these marinated oysters in grapeseed oil from Kakiya. They’re rich and creamy — perfect when paired with beer or sake.

It’s probably not a good idea to pack a fried momiji manju in your suitcase but you can buy several boxes of the regular ones. These small, individually wrapped castella cakes are filled red bean paste, cream or cheese.