WAGASHI for every season

These Japanese confections take on many forms and colours but the prettiest versions – done up in eye- pleasing pinks and greens – pop up during spring.

If there is one symbol of seasonal food, Japan’s wagashi must be it. Wagashi is the collective term for the delicate Japanese confections that come in a myriad of shapes, colours, forms and flavours. These are sold in the food halls of department stores or in speciality cafés and are packed in exquisite boxes for gifting purposes. 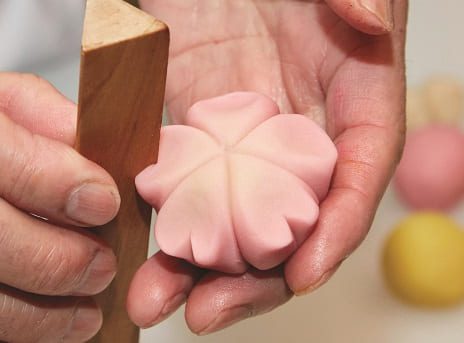 There isn’t one standard definition of wagashi, according to the Tokyo Wagashi Association. The term generally refers to rice mochi snacks that are steamed or baked and are eaten sweet or savoury. But there are actually about seven categories of wagashi, from nerimono (made by shaping red bean paste) to the more common mochimono (made with rice mochi). Some are served plain while most wagashi have a red bean paste or fruit filling.

The type of wagashi you buy and eat depends on the season or festive occasion. For instance, hishimochi is a ceremonial treat eaten in March on Doll’s Day or Girls’ Day, a traditional Japanese holiday that celebrates the life of young girls. Its diamond shape is said to represent fertility and the three pink, white and green layers depict youth and good health.

Different types of wagashi are also made and sold during each season of the year. In spring, they come in colours like pink and green that symbolise freshness and abundance. The more intricate versions are even shaped to resemble pine trees, apricots and cherry blossoms — all highly associated with the season.

This is in sharp contrast to the wagashi you see in autumn that tend to take on earthy tones inspired by the season’s foliage and that use chestnuts and persimmons for a more filling snack in the cooler weather. In summer, jelly bases are used in yokan wagashi to give the idea of a cooling treat and in winter, wagashi makers create white confections that bring to mind falling snow.

While you might be tempted to wolf down a few pieces of wagashi at a go, don’t. It is recommended that you savour one at a time, with a cup of fragrant green tea and by a window from which to view the beauty of the season that’s inspired the artisanal confection in your hand. 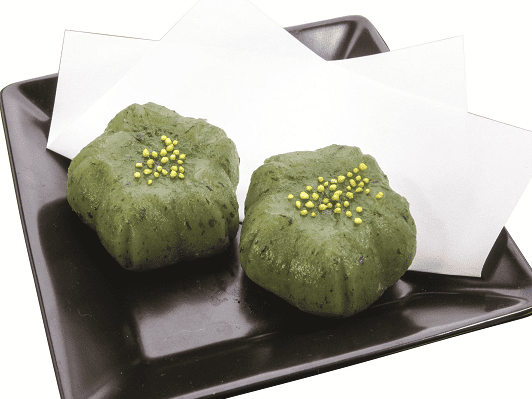 Also known as grass mochi or yomogi mochi, its deep green shade is symbolic of new life, growth and a fresh, verdant spring season. Kusa mochi is made with pounded rice flour, bean paste, sugar and boiled Japanese mugwort leaves, which grow freely in many places in Japan and are used as a medicinal plant throughout Asia. It can take on many shapes like that of a flower, taco or diamond. 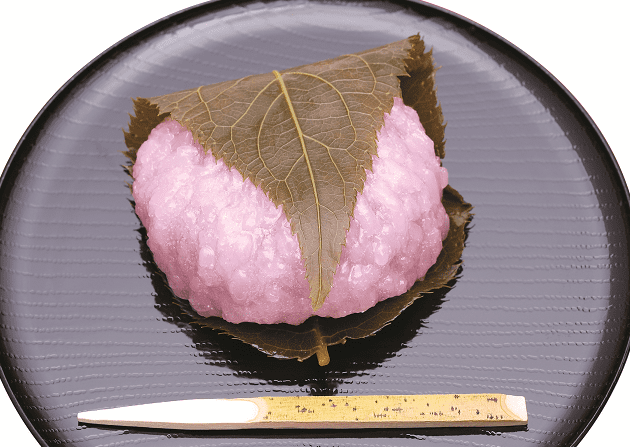 One of the most definitive types of wagashi for spring is sakura mochi. You can find it in speciality shops or supermarkets from March to early April. Like its name suggests, this type of wagashi is often made to look like sakura, which blossom during the season. Sometimes, it is made from a pink mochi to resemble the Instagram-friendly flowers. Several versions are wrapped with a salted cherry tree leaf. Most people do not consume the leaf — only those who like the sharp burst of saltiness on their palate. 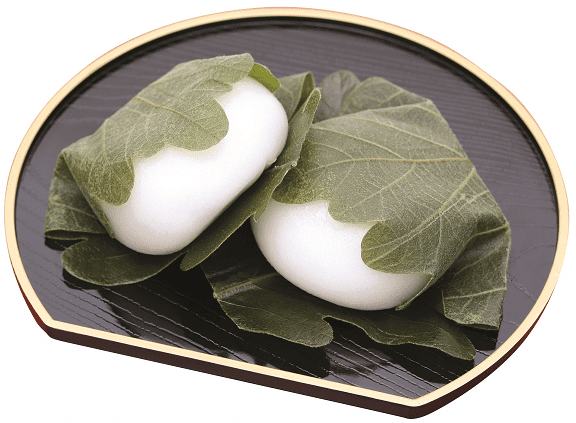 This type of wagashi is easily recognised by the distinct kashiwa or oak leaf cradling it. Oak leaves were historically used as dining plates in Japan. In kashiwa mochi, the leaves, which aren’t eaten, infuse the mochi with a unique aroma and are a sign that spring is coming to an end and summer will be arriving soon. Kashiwa mochi is typically eaten on 5 May, which is Children’s Day in Japan and also a national holiday. 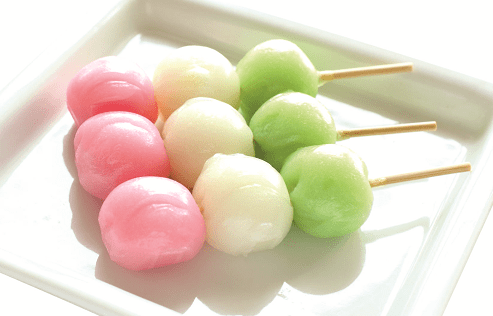 Put the Japanese tradition of flower viewing and a popular rice dumpling snack together, and you get hanami dango. Dango generally refers to a stick of three or four steamed rice balls that are eaten sweet or savoury. Hanami dango consists of a trio of pink, white and green mochi dumplings — they represent cherry blossoms in spring, snow in winter and grass in summer respectively. 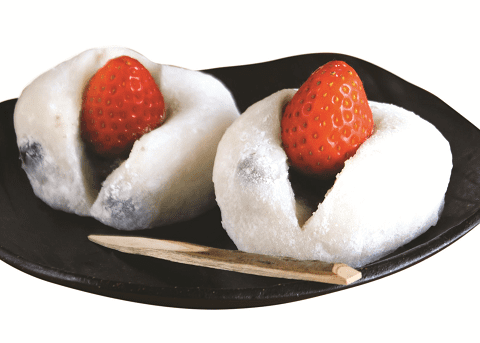 Fans of this treat love its contrasting blend of textures and flavours. After all, ichigo daifuku is a moreish combination of red bean paste and juicy strawberries — which are abundant during springtime — wrapped within thin, chewy mochi skin. Fun fact: Ichigo daifuku is actually a relatively “new” concoction, created during the 1980s.