You might be familiar with shiso, the little plant whose leaves are widely used in Japanese dishes. But have you heard of egoma? It’s easy to confuse the two. Also known as wild sesame in English, egoma looks like the bright green shiso yet its leaves are rounder and firmer than shiso. They also taste different.

Egoma originates from Southeast Asia and also grows in the mountain ranges of India and China, in Yunnan province. Historically, egoma made its way from these places to Japan and Korea. 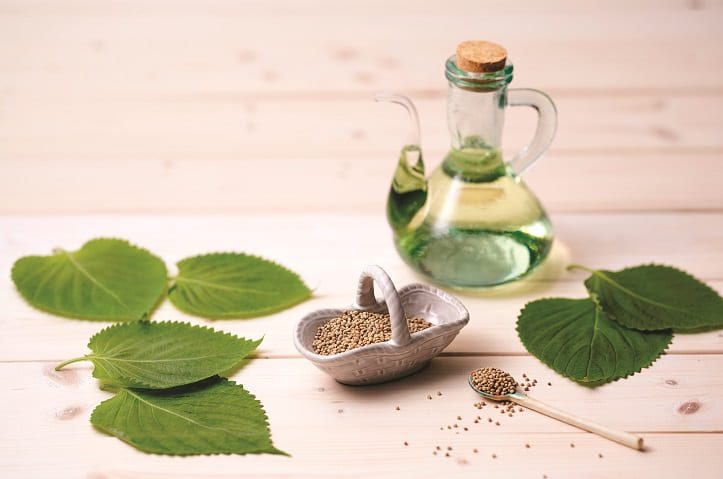 In Japan, egoma is considered to be the oldest oil as traces of what had already been cultivated have been found at several ancient sites that date from between 5,500 and 10,000 years ago. Egoma was used to fuel lamps in the early Heian period (794 to 1185) and as an industrial oil for painting umbrellas, lanterns and crafts in the mid-Edo period (1603 and 1868).

Egoma has been used as food in Japan for only a short period. But the health boom in the country in recent years has led many to give egoma a second look. After all, the plant is used widely in neighbouring South Korea, where there is a traditional food culture of eating egoma leaves and making kimchi with egoma. In Japan, egoma seeds are ground and used in a sauce for a traditional snack known as gohei mochi, grilled rice cake with a sweet walnut miso paste.

Oils and fat are an essential part of a healthy diet. Instead of saying “oil makes us fat” or “animal fat increases cholesterol levels”, we should be paying attention to the benefits of fatty acids in oil and consider using healthy oils in a well-balanced diet.

Omega-3 fatty acids (α-linolenic acid) and omega-6 fatty acids (linoleic acid) are essential fatty acids that cannot be made in our bodies. It is important to take these two fatty acids in a well-balanced manner. 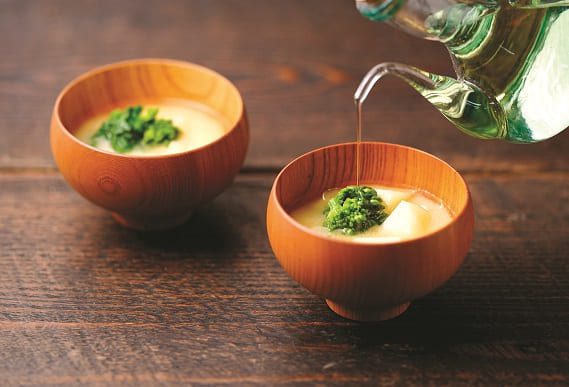 METHOD
1. Cut potato into bite-sized pieces and immerse them in water.
2. Boil rapeseed flowers, then cool in cold water. Drain and cut the flowers into 3cm widths.
3. Add dashi broth and potato pieces to a saucepan. Cook until potatoes are tender.
4. Add rapeseed flowers. Add miso and stir until dissolved.
5. Serve in a bowl and drizzle egoma oil. 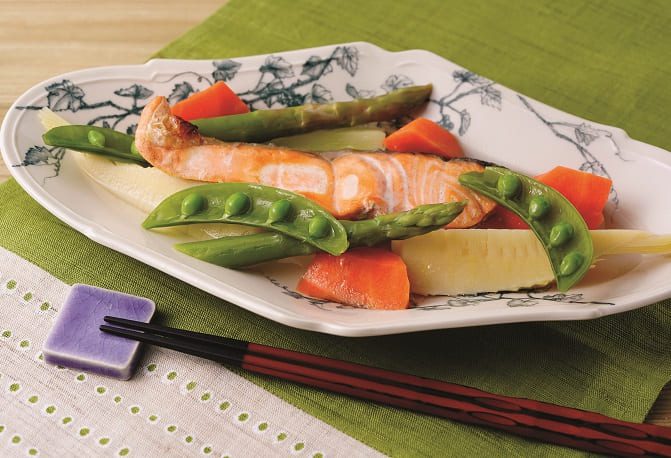 Japan Food Expert strongly believes in the concept “to eat is to live”. This is a company that cherishes the environment, nature and the bonds of people. Their top priority is creating and spreading health and happiness through rich cuisine.
Website: https://imakoya.com/
In cooperation with Yamahiko, Co. Ltd. and Sakai Shoten Ltd.