Sesame Recipes in the Japanese Way 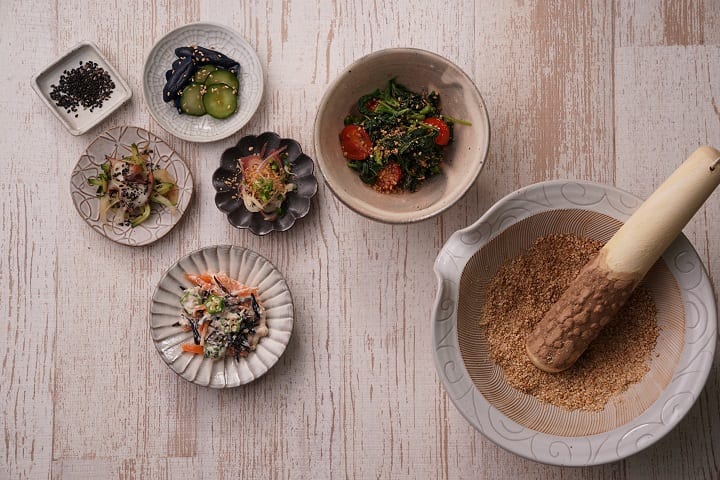 There are different types of sesame, such as white sesame, black sesame and golden sesame, each with a slightly different flavour and aroma. Sesame is an essential part of the Japanese diet and is particularly good with soya and fish, not only in terms of taste and compatibility but also in terms of enhancing each other’s nutrient benefits.

The nutrition of sesame seeds

Sesame seeds are a very nutritious food: in those tiny grains, they contain a wide range of nutrients, including good protein, fat, minerals such as magnesium and calcium, vitamins such as vitamin B1 and vitamin E, and dietary fibre.

Most of the fats are unsaturated fatty acids, which regulate blood triglycerides and cholesterol. Also, ‘gomarignan, which is said to have a high antioxidant effect, is attracting attention. The human body has a natural antioxidant capacity to remove active oxygen, but this capacity declines with age, so we need to supplement our diet with antioxidants. Sesame seeds contain gomalignan, which, when metabolised in the body, is said to have an anti-oxidant effect that removes active oxygen, i.e. an anti-ageing effect that slows down the rate of ageing.

In addition to its antioxidant properties, it is said to be effective in lowering cholesterol, lowering blood pressure and relieving fatigue. It is important to consume one tablespoon daily. 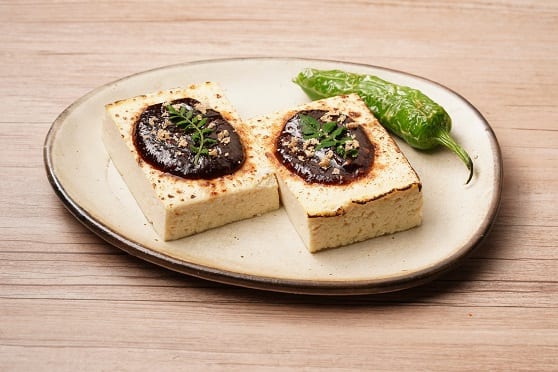 Method:
1. Slice Yaki tofu in half horizontally, cut in half and drain.

2. Put Mixture A in a small saucepan and simmer over low heat, stirring, until thickened. Add ground sesame seeds and spread over above.

3. Bake in a toaster oven until browned colour (6-7 minutes) and sprinkle with sesame seeds (not included). 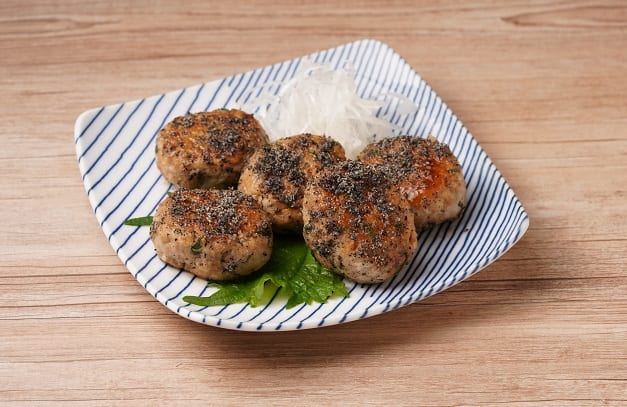 2. Add Mixture A and mix, then divide into 12 pieces and form into a round shape.

3. Put oil in a frying pan and fry 2 on both sides, then add Mixture B and sesame seeds.

In cooperation with ShinSei. 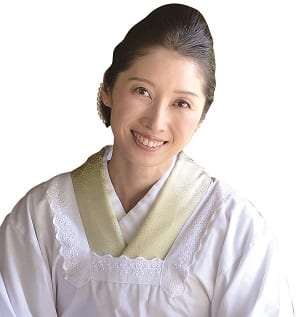 Japan Food Expert strongly believes in the concept “to eat is to live”. This is a company that cherishes the environment, nature and the bonds of people. Their top priority is creating and spreading health and happiness through rich cuisine.
Website: https://imakoya.com/