Spice up your life with condiments that’ll add a little kick to your meal. 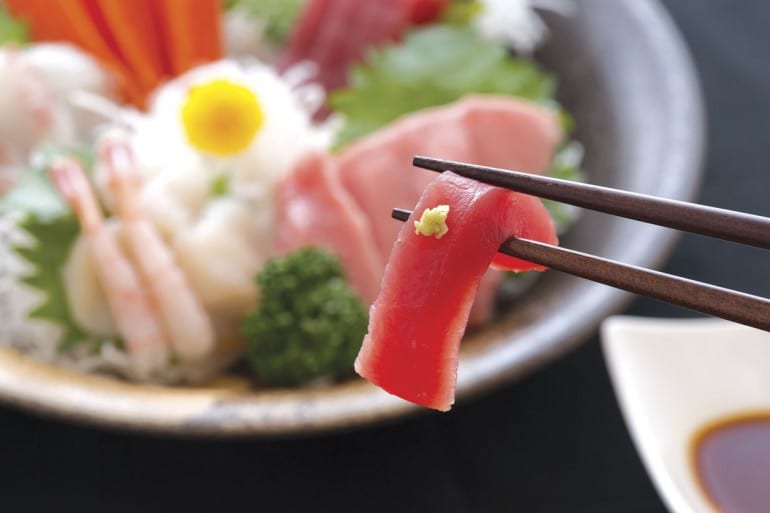 While non-native spices such as pepper, cinnamon and cloves became popular in Japan after the World War II, the ready availability of native spices and herbs in Japan means that many of the condiments you may now be familiar with are actually traditional Japanese recipes that have been passed down for centuries. The popularity of these endure, in part, due to their medicinal and nutritional benefits.

These condiments are usually used sparingly; they’re meant to accent food without overpowering it. This is important as much of Japanese cuisine — particularly seafood — centres around delicate, subtle flavours.

In this issue, we’re focusing on condiments that add a spicy kick to your meal. Most of these are great accompaniments to milder Japanese dishes, others are great for making a tasty soup stock, but more than just adding another flavour dimension to the main dish, some condiments also have other benefits you may not know about. For instance, wasabi adds kick to sashimi, but as it contains allyl isothiocyanate, it helps prevent the germination of bacteria at the same time. This not along prolongs the freshness of fish, but also stimulates the appetite and acts as a natural deodoriser, neuetralising raw fish odours.

Many people associate Japanese food with subtle flavours, but when you think about how cold some parts of Japan can get during winter, it makes sense that a little
spice goes a long way in nourishing and warming up the body the soul.

In the next few pages, you’ll also find out more about the immensely versatile yuzu kosho, a chilli paste made using the popular citrus fruit, as well as the ubiquitous shichimi togarashi. The former is often used to enhance nabe (Japanese hot pot), or grilled meats, while the latter is the perfect addition to noodle dishes such as soba and udon.