A fantastic array of local gastronomic treats cooked in ingenious ways awaits the gourmet in Tokushima. 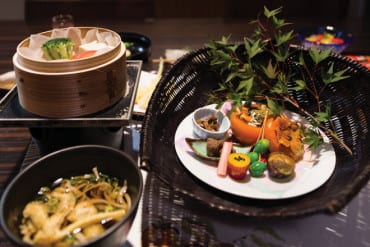 Perched high in the western Tokushima mountains, this scenic hotel opened in 1972 and offers a dizzying cable car ride to a hot spring below. But guests should be just as excited about the cuisine. The kaiseki dinner is inventive and abundant: tuck in to soba-subeshi from nearby Oboke gorge, then follow with a basket-steamed miso fondue with Awa-odori (chicken) and Iya tofu; salt-grilled amego (red spotted trout); hotpot with Awa pork and mushrooms; and a vegetable tempura. All this, plus an inspiring view of the peaks, should guarantee a good night’s rest! 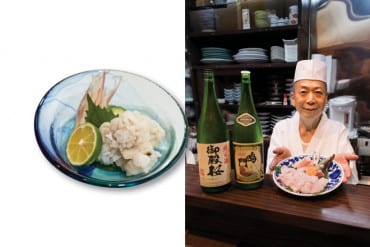 One of Tokushima’s best loved fish is celebrated at Taichi Ito’s intimate, award-winning diner. Watch the jovial head chef decapitate the hamo (daggertooth conger eel) before slicing it lengthways, grinding the bones and cutting it into thin strips. Then tuck in to boiled hamo with cucumber and yuzu; hamo with shitake mushroom and bardock in a sukiyaki hotpot; or tempura hamo. You may also sample deep fried Awa pork dipped in a brown vinegar ketchup sauce, and Naruto kintoki sweet potato tempura. The eatery’s poetic name means “a flower in full bloom”. 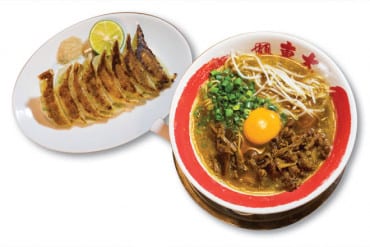 One of the best known local brands, Ramen Todai set up shop in 1999, and has four outlets in the prefecture and seven in other cities. Its speciality is Tokushima ramen, a succulent dish of salty pork belly served with a raw egg, sweetened soy sauce and white wheat noodles. Their record is 1,000 sold in one day! Try the gyoza as a side dish, which is 90% vegetable and 10% minced pork, and comes with sudachi, sansho pepper and salt. “Todai” refers to the Tokyo university, whose supremacy owner Takeo Nakagawa wished to emulate. 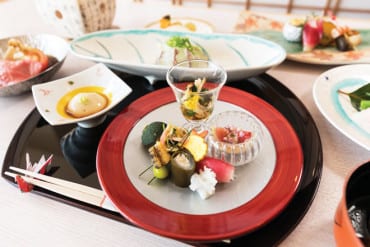