Discover the culinary and historical riches of this coastal city along the Sea of Japan.

The pretty seaside city of Obama in south-west Fukui Prefecture has long had ties with the ancient capital of Kyoto as well as China and the Korean Peninsula. The city also marks the starting point of the old Sabakaido Road, or “Mackerel Highway”, which connected fish merchants from the Sea of Japan to Kyoto for over 1,200 years.

Fascinating culture
Walk around the historic Sancho-machi neighbourhood and you’ll see glimpses of Kyoto culture, such as traditional wooden lattice houses.
A highlight is staying in one of these restored guesthouses. Or visit Obama’s last remaining ochaya (geisha teahouse), where you can lunch and play traditional games with geisha. 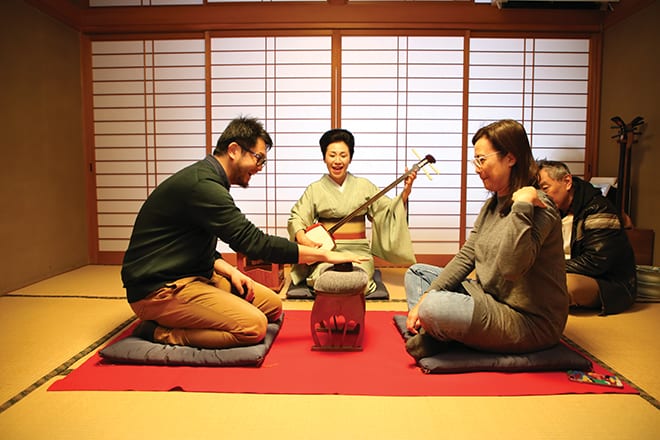 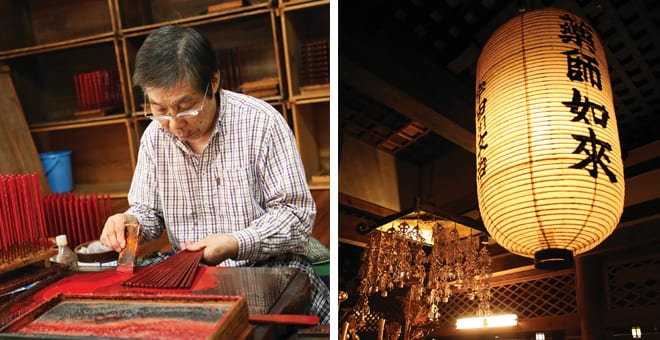 Don’t forget to visit some of the over 120 ancient temples here. One of the most outstanding is Myotsuji, a mountain temple that dates back to the 13th century; its main hall and three-storey pagoda are designated national treasures. 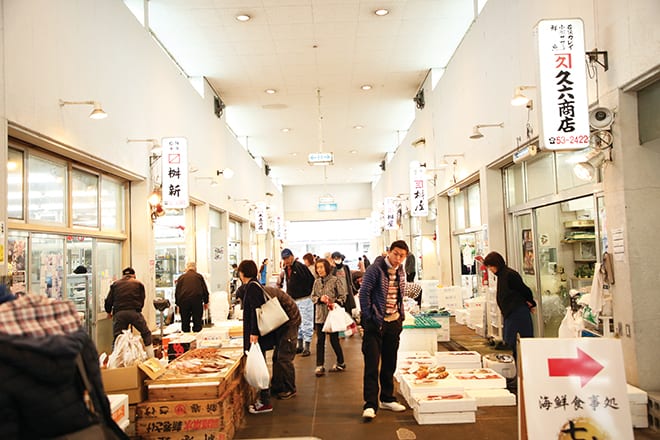 Obama has many things going for it. Just ask the people of neighbouring Kyoto
or Osaka, who flock to the city in summer for sea sport and in winter to indulge in
fresh seafood.
What lures visitors time and again is the seafood. With its prime spot on the Sea of Japan and the mixture of cold and warm currents in Wakasa Bay, the waters of Obama are fertile fishing grounds, with all manner of fish, shellfish and octopus.
Unlike mackerel found elsewhere, the mackerel farmed in the waters of Wakasa Bay are free from parasites. It makes Obama one of the few places in the world to eat mackerel sashimi safely. Another local delicacy is heshiko, preserved mackerel pickled in bran for up to a year and a half, that is eaten as a salty condiment with rice.

Snow crab (zuwaigani) is a regional winter speciality in Obama with crabs caught in Wakasa Bay. Try the local fish market for sashimi bowls or grilled mackerel using freshly caught fish brought in from the adjacent fishing port. Or spoil yourself with a kaiseki meal at Suigetsu, a preserved 130-year-old building that once was the premises of a geisha union.

How to get to Obama City
Getting to Obama is easy by car as it is just a two-hour drive from Kyoto or Osaka. It makes a good day trip from either of these two cities, especially if you want to explore this fascinating coastal area of the Sea of Japan.