When we talk about autumn in Japan, often the first thing that comes to mind is the abundance of hearty, healthful foods that are harvested throughout the season in time for the coming winter months. This means, if you’re a health-conscious foodie, there’s no better time than during autumn to visit the country! 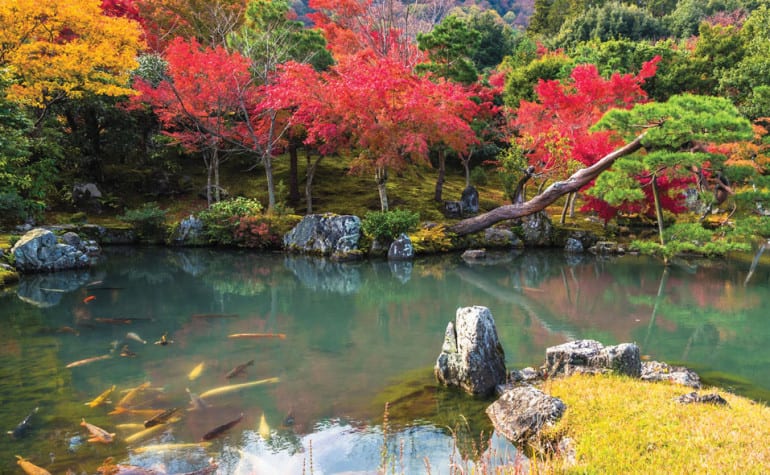 To kick things off, let’s start with the first crop of the season: shinmai, or new-harvest rice. Available in limited quantities, shinmai is said to be not just more plump and moist than rice harvested during other times of the year, but also sweeter and more aromatic, making it a coveted ingredient across the country and beyond.

If you enjoy eating all sorts of fruits, you will fall in love with the myriad of autumn fruits in Japan. Among the more popular seasonal finds are persimmons and pears. Japanese pears, known as nashi, look and taste distinctly different than Western pears – the former are larger, crispier, sweeter, and have a round shape rather than a pear one. Apart from fruits, other great autumn produce to look out for include the highly prized matsutake mushroom, taro, sweet potato, chestnuts, and gingko nuts. 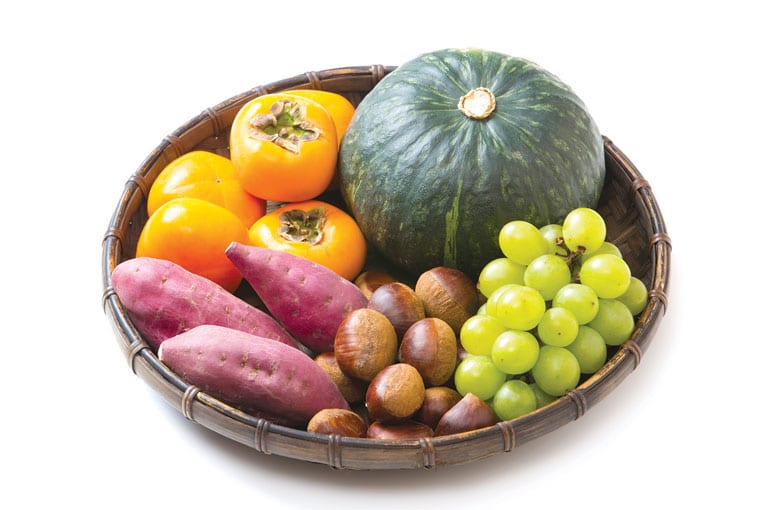 Have you ever wondered what the national flower of Japan is? Well, there isn’t one. Unofficially, however, many say the title belongs to the perennial symbol of the Imperial House of Japan – the chrysanthemum. As a matter of fact, the last of Japan’s five annual traditional ceremonies is known as Kiku no Sekku, or Chrysanthemum Day. It is held on the numerologically auspicious ninth day of the ninth month, around which chrysanthemums tend to bloom.

Unlike the other four annual ceremonies, Kiku no Sekku is celebrated with much less fanfare. Traditionally, people would place a piece of cloth over some chrysanthemums overnight to soak up the dew, then use it to wipe down their bodies on the morning of the festival – a practice said to ward off evil spirits and promote longevity. Other common ways to celebrate Kiku no Sekku include drinking chrysanthemum sake and tea, as well as viewing the beautiful blooms at exhibitions. 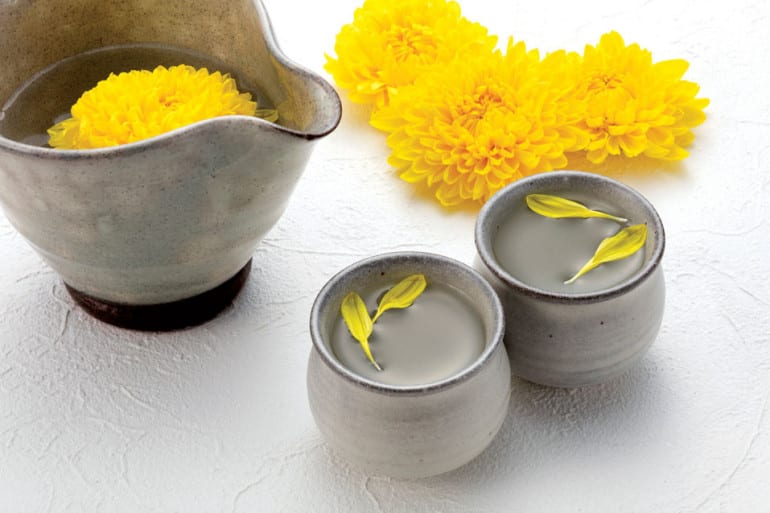 Another popular autumn festival in Japan is Arashiyama Momiji Festival. It celebrates not just the magical and romantic autumn shades but also an ancient custom in Arashiyama, which lies on the outskirts of Kyoto: Since the Heian period, an autumn pastime of the nobles was to visit the popular Arashiyama Bamboo Grove to feast their eyes on the beautiful red maple leaves, known as momiji in Japanese.

Today, the festival is celebrated around the Togetsukyo Bridge, the central landmark of Arashiyama over Oi River. Every year on the second Sunday of November, you can expect to see performers dressed in traditional Heian period costumes and giving delightful dance, music and art performances. Be sure to stay for the highlight of the festival – a re-enactment of the nobles cruising down Oi River in five Heian period-themed boats.